A Jack and Jill Case Study

These days team leaders are under the most intense pressure. If they had at their disposal a simple, memorable and science based formula or playbook to safeguard the performance of their teams, it would be most timely. After 5 years of reviewing research and based on in-the-field experience, we have devised the TeamUp Playbook™. It is measurable, actionable and able to be played by the team, rather than relying on outside forces to be successfully implemented. It contains 4 simple stages for the team leader to work on, in order, with their teams. I describe here these stages together with a recent example from a financial institution of what happens when this Playbook is applied.

First get the team Set – by optimising clarity across all the ‘tasky’ stuff like goals, roles, meeting structures and priorities. When the team is ‘Set’ it has optimised whatever clarity is necessary (neither too little nor too much) and confidence and ‘swift trust’ emerges. The team becomes clear on stable anchors like purpose and mission and the target behaviours it holds dear. When the team has agreed these or are reassured there is sufficient motion in place achieve these, the team is Set and ready to reset itself.

Then the team moves on to the soft stuff and builds a climate of ‘psychological safety’. The Playbook encourages 3 outcomes to be achieved here; appropriate levels of vulnerability, empathy and a learning mind-set in action. Here the team builds a climate to support the next phase. Other playbooks disagree with this order. Lencioni talks about dealing with ‘avoidance of conflict’ as the starting point for any team and building vulnerability based trust. Many others focus purely on psychological safety. Our Playbook, supported by plenty of research, says for the virtual team especially (but not only), it’s best not to start with getting Safe, but instead layer it on top of being ‘Set’.

The final stage really looks after itself. If the team is proving itself proficient in the Strong phase, and especially if the team has mastered the art of resetting together, then you will find that the team is delivering well, is adapting and is trusted, both by itself and by other teams with which it interacts within its ecosystem.

Here’s a recent situation I had to tackle in a major financial institution. Jack and Jill (both very senior executives) work in the same team. Jill is new, but there’s an obvious personality clash and Jack doesn’t trust Jill. As a result, Jack doesn’t really engage with Jill in the same smiley and positive way he does with everyone else in the team. At meetings he makes little eye contact, and outside of meetings he makes no effort to engage and very little effort to reply to emails requesting time together.

Jill feels ostracized, rejected and worried, not least because she requires Jack’s collaboration on a piece of work that she is on the hook for. So she makes a point of engaging with Jack at team meetings and drawing him into conversations in order to build her relationship with him. She does this a bit more clumsily than she would normally do as she’s feeling low on confidence, exacerbated by the worry of not wanting to fail at her new role. Jack doesn’t know Jill is having a crisis of confidence and because he isn’t impressed by Jill or her lack of eloquence and subtlety, he trusts Jill even less. But Jill is no quitter; she may not have guile but she’s got persistence so she tries even harder. But Jack knows what good influencing looks like and this is not it. His trust diminishes further; a vicious cycle kicked in and they soon entered an even more passive-aggressive relationship.

The team watched this and naturally formed sides. Teams often only see the symptom not the cause so it’s a dangerous and a shortsighted game to apply linear cause and effect thinking by pointing the finger at one person, as several in this team did as they formed allegiances to Jack or Jill. The reality is team members and their relationships are interconnected. In a team of 12 there are 66 relationships, each one invariably effecting another.  In this system, when there is conflict, the resolution very rarely sits with just one person. To be fair to others in the team, many could see both sides of the issue but tried as they could to help both parties, nothing seemed to be working. The team leader was consumed with strategic matters. She was also very uncomfortable with conflict, especially when long standing relationships were at stake, which was the case with Jill whom she had known for year.

As a newly appointed team coach, I was asked to help resolve the conflict. 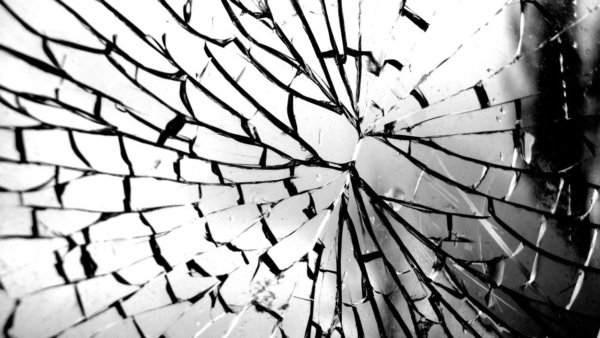 Jack and Jill were not Set. It turned out Jack and Jill had different interpretations of Jill’s role in the team. The team leader had inadvertently created two different understandings of this role. While Jack felt Jill was overstepping her remit, Jill felt Jack was not teaming on the goal they co-owned. As neither their goals nor their roles were agreed between them, the meeting structures that Jill sought were seen as annoyingly unnecessary by Jack – so he ignored them.  Once they realised this difference of view point existed, they were much better placed to collaborate more effectively. Of course this started with gaining clarity from Barbara, their boss. When the three of them were aligned they were up and running. Barbara’s role in this cannot be underestimated. Personality clashes don’t prevent teams working well provided the team leader is clear on what has to be achieved, by whom and importantly, holds team members to account for executing the responsibilities that sit with their roles. When the Setting was done, the relationship was in a more functional space to move on.

Jack and Jill found it very hard to build psychological safety. Jack’s disappointment and anger with Jill got in the way of this. She didn’t realise it at the time, but aside from their personality clash, much of this was due to their different mental models of their goals and roles. These models were just not aligned. Not being ‘Set’ simply prevented the building of task based trust often necessary for the building of psychological safety. The importance of building task related trust to support the building of interpersonal trust has been documented in the research. With these shared agreements made we spent more time together where I facilitated conversations to build up their safety levels. This was primarily done by noticing their similarities and differences and sharing their back stories and vulnerabilities. Natural empathy then flowed. Compassion is within all of us. Far from being uncompassionate, rude and hostile, Jill showed her loving, caring and supportive side. These reflections helped them to build a more functional, trusting relationship. None of aspired to turning them into bosom buddies.  They just wanted to build sufficient psychological safety to team better together.

When we started working, Jack and Jill were palpably failing here. Instead of constructive tension there was hostility and instead of joint accountability for a shared goal there was avoidance of collaboration. The absence of psychological safety together with two very different mental models meant their relationship was entirely dysfunctional. However, by aligning their understandings of their shard goals, roles and responsibilities, together with building up their levels psychological safety they began to interact more constructively. This was evident in the way Jill was able to influence Jack more to release resource, to redirect and to re-prioritise the work of his troops.  Essentially they collaborated better.

Despite their long standing personality differences, Jack and Jill delivered their goal. They got over the line by making their relationship much more functional. They experimented together with me, and they raised their levels of trust, albeit very marginally.

So there’s the TeamUp Playbook™ in action.