It’s as hard as it has ever been leading a team right now.  And it’s not just COVID 19 that’s putting leaders under the most intense pressure; COVID has simply added additional force to an already well-established perfect storm. The good news is, there is a chart (or playbook) available to navigate through this storm.

First, like all good sailors, leaders have to understand and respect the conditions they are sailing into. The storm that has been undermining the high performing team is multifaceted, and made up of an interconnected system of eight forces. 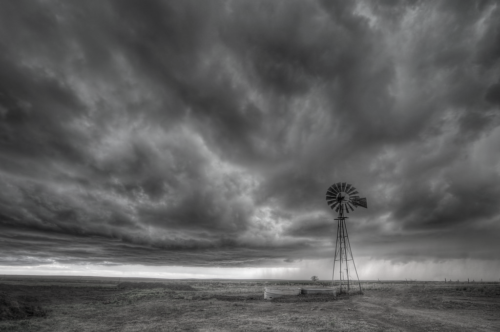 The 8 Components of the Perfect Storm

The trend, for a while now, has been for workers to belong to more than one team.  Cross Functional Teams are harder to lead. Multiple loyalties to multiple teams simply makes life more complex for everybody. The ‘team of teams’ phenomena is not new. For a while now leaders have had to lead a team in this ecosystem of interconnected teams with team members who don’t actually directly report to them.

Flattening structures also mean many leaders are increasingly having to lead large teams – certainly larger than they’d wish to be leading. Big teams are harder to galvanise.  Much of the research points to an ideal team size of between four and eight and certainly not above 12. Indeed the late great Richard Hackman claimed that four to six members is the best size for most tasks and teams should not go beyond 10 members. His research found that performance problems and interpersonal friction increase “exponentially as team size increases.”

These days it’s not uncommon to see teams in the 12-16 range. More worryingly, many of these larger sized teams are the most senior teams. By keeping talent in the tent and safeguarding egos, leaders are simply trading off performance, not to mention sending out a dangerous cultural message.

Then we have the digital revolution. Besides further underlining the importance of the teams’ ecosystem, it has thrown pace and change into the mix. It has forced us to operate at unprecedented and relentless speed and to pivot quickly. We’ve gone from a more relaxed glass of wine to slamming down Jagerbombs.

Now combine the need for speed with growing regulatory requirements and all the bureaucracy that entails, and the perfect storm gathers more force.  Bureaucracy and burgeoning compliance functions, necessary as they are to protect our customers, partners and competitors, don’t help leaders build nimble teams.

As for COVID-19 the reality is, aside from the emotional and economical carnage it is reaping, it has simply turbo-boosted an already existing trend towards virtual working. Ensuring the team is on the same page, well-coordinated and without interpersonal conflict are all known to be tougher asks for the virtual team leader.

Then let’s throw in growing individualism. Despite the compassion shown during the COVID crisis sociologists report we are becoming increasingly individualistic and selfish.

More selfish gits means team leaders have less of a ‘team comes first’ mentality and more of a ‘what’s in it for me’ mind-set. The most senior, powerful leader the world has had for the last 4 years, Donald Trump, perfectly exemplifies this mentality. When he lost the election. Did he exit with ‘Team USA’ in mind or did he put his own personal interests first?

Then we have the growing diversity and inclusion agenda. Black Lives Matter and the Me Too movements have taken our collective consciousness regarding diversity and inclusion to another level.  As profoundly ethical and important these movements may be, leading the homogeneous team is simpler and in many ways an easier gig, even if it is so fundamentally flawed (and less effective).

And finally, thanks to a lot more evidence documenting worsening mental health, team leaders now have to be able to build the safe, resilient and work-life balanced team. It’s no longer acceptable to build a brilliant but burnt-out, knackered and suicidal outfit. The sheer inconvenience of it all.

The irony is that not only do these eight conditions make it much tougher to team, they also require us to be better at team working. Undoubtedly then, even before COVID-19, team working has never been so important yet never been so complex.  If, as a leader of a team, you’re feeling more under pressure than at any previous time in your career, then perhaps you can now at least understand why.

A way forward is hard to find for complex emergent systems

Helping todays leaders build the high performing team given these eight forces is no easy task. A formula or playbook would help because under pressure, playbooks tell us what to do and in what order. However, finding a credible playbook or some kind of formula to help leaders safeguard effective team working is challenging primarily because teams are complex emergent systems. They contain dimensions that interact with each other via circular feedback loops. Trust is often at the centre of these loops. It has never ceased to amaze me how developing a team is by nature, one of the toughest gigs I’ve faced in a wide ranging consulting career. The bottom line we cannot get away from the fact that as members of the Homo sapiens, we are inherently fallible, political, emotional, illogical and unpredictable.

The TeamUp Playbook™ – a simple navigational chart for this perfect storm

Many would contend that all this complexity makes the search for a formula or playbook that a team leader can apply to safeguard team performance through this perfect storm an impossible or even dangerous task. We don’t think so. After 5 years of research and many years’ experience we have now discovered a very simple, memorable and science-based playbook that any team leader can apply in the eye of this most perfect of storms. As Mr Biden emphasised in his first speech as President, there has never been a better time for applying good science.